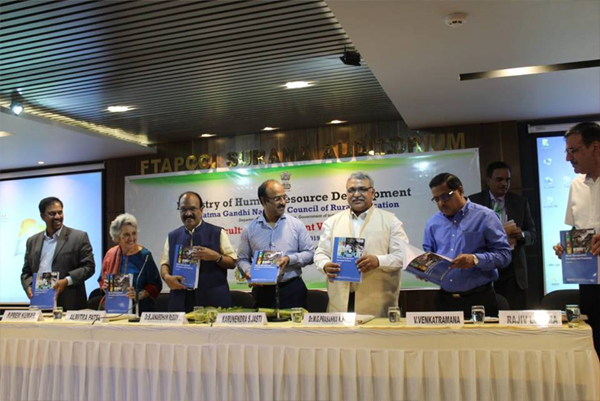 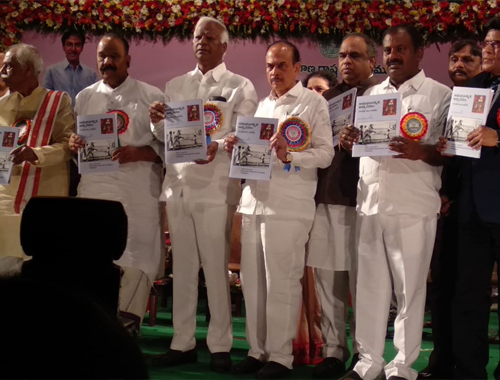 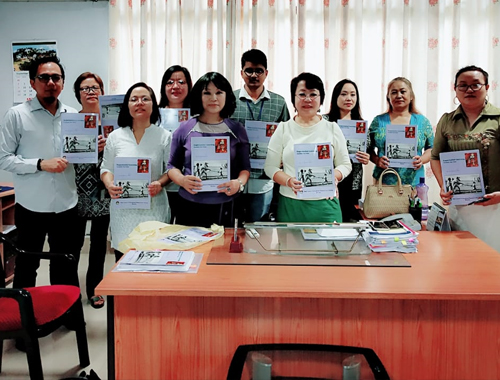 To study rural society and rural economy through higher educational institutions in order to address the development needs and challenges through participatory mechanisms and appropriate technological responses basing on local resources. To work with higher educational institutions covering Natural and Social Sciences, Management Sciences and Engineering for developing curricula addressing challenges of rural communities for finding appropriate technology options to promote a just and equitable economic and social development To adopt interdisciplinary approach and work with faculty members and Post Doctoral Fellows, through workshops for addressing challenges of the rural communities in finding appropriate social and economic responses as per the local and global opportunities in livelihoods. To develop a pool of researchers and academics across the disciplines interested in and working for rural communities leveraging academic inputs for higher education. To enable studies on issues and impediments in human resouce development initiatives of the Government of India focused on rural India, studying failure and success stories and fine tuning the programmes and their implementation through curriculum interventions in higher education. To network with educational institutions of higher learning, local governments, development agencies, Local Governments, gram sabhas and Industry in order to develop synergic convergence of human resources which are socially and economically just and inclusive for the vulnerable sections of rural India

The Making of Mahatma Gandhi National Council of Rural Education
The Mahatma Gandhi National Council of Rural Education (MGNCRE), formerly National Council of Rural Institutes (NCRI), was established in 1995 as a registered autonomous society in Hyderabad with the objective of promoting rural higher education in a comprehensive manner by providing support to various rural institutes across the country. Mandated to align its policies, plans and programmes with Gandhian ideas, MGNCRE has come a long way over the years in meeting its core objectives. It has catalyzed change in many parts of the country by helping rural institutes, Gandhian organizations, NGOs, universities and government agencies in various projects connected with the promotion or rural higher education. A necessity in post-Independence India The Council came into being at a crucial point in history. In the post-Independence period, people longed for value-based education that provided scope for peace and cooperation, health and sanitation, environment management, entrepreneurship development, and promotion of rural livelihood options. Thanks to resurgent pride in Indian ethos, there emerged a new movement strongly rooted in Indian traditions and aligned to practical needs of rural life. Gurudev Rabindranath Tagore and Mahatma Gandhi gave attention to the establishment of institutions which would cater to the needs of rural masses by providing education from the primary to the highest level. In 1953, the Union government appointed a team of experts to study the working of the Danish Folk High Schools and Colleges to find out how much India could benefit from the experience of rural higher education in other countries. Subsequently, a Committee on Rural Higher Education was appointed in 1954 to undertake a comprehensive survey and assess promising ideas, institutions and experiments in the field of higher education in rural areas and to recommend a possible model of education so as to help evolve a reasonably uniform system suited to the needs and resources of the country. Piloting of the rural institutes A pilot project of setting up rural institutes of higher education in different parts of the country was initiated in 1956. The same year the National Council for Rural Higher Education was set up to advise the Ministry of Education on matters concerning the development of rural higher education in the country and to conduct examinations for the courses conducted by it. In all, 14 rural institutes, including the one in Delhi, were functioning in various parts of the country by 1964. Previously, the National Education Conference held at Wardha in October 1937, under the leadership of Mahatma Gandhi, had crystallized ideas relating to an alternative educational paradigm that could shape the national system of education for independent India. In the Gandhian view, participation in productive work under conditions approximating to real-life situations is pedagogically linked to learning and simultaneously becomes the medium of knowledge acquisition, developing values and skill formation. In addition, engagement with work will help promote multi-dimensional attributes in the cognitive, affective and psychomotor domains in a holistic manner i.e. by integrating head, hands and heart. Basic Education postulates that the study of the curriculum content should be intelligently related to three main centres of correlation: craft work, the natural environment and the social environment. Dimensions of Rural University The concept of Rural University was thus an attempt to discover the 'higher educational version' of the idea of Basic Education proposed by Mahatma Gandhi around 1935. The Higher Education Committee comprised the best known educationists in the world, including Arthur E Morgan of USA. Arthur Morgan synthesized the system of learning from three historically important experiments: Peoples College Model (Folke Hojskole) of Scandinavia, Land Grant University system of USA and Sriniketan Experiment of Rabindranath Tagore. It was felt that the responsibilities of rural institutes would be great because they would be dealing with more than 80 % of the population. The foregoing and related experiments in the domain of Rural Higher Education were unique in nature. The basic idea was to train the students with a rural background for rural development programmes in the country. The experiments were primarily based on the pattern of Land Grant College; in the US. The Rural Institute model had been successful throughout the globe. The success stories of the concept in some of the developed countries were there for all to see, particularly those in Denmark, Sweden, Norway, Finland, Iceland and USA. In 1956, Pandit Jawaharlal Nehru inaugurated the Gandhigram Rural Institute -- India's first such institution. Apart from rural institutes, several social action programmes were initiated through specialized institutions such as Sevapuri in Uttar Pradesh, SEVA in Gujarat, Tilonia in Rajasthan, Seva Mandir in Rajasthan, Kosbad in Maharashtra, Mitra Niketan in Kerala, Shram Bharati in Bihar, Lok Shiksha Parishad in Narandrapur, Rural Service College at Ahmednagar in Maharashtra, Institute of People's Action in Manipur, Seva Sansthan in Bastar (MP) and the like. The National Policy on Education (NPE) 1986 made a commitment that the state would set up a new system of Rural University to carry forward Mahatma Gandhi's concept of Basic Education (Nai Talim). Gandhiji regarded Nai Talim as capable of spearheading a social revolution that would also bring about a healthy relationship between the cities and the villages. It was under these circumstances that the National Council of Rural Institutes (now Mahatma Gandhi National Council of Rural Education) was registered as a society on 19th October, 1995.